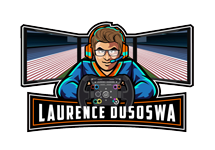 Want to support the channel?

Become a member on Patreon

See more ways to support, both free and paid, on the ‘how to support’ page 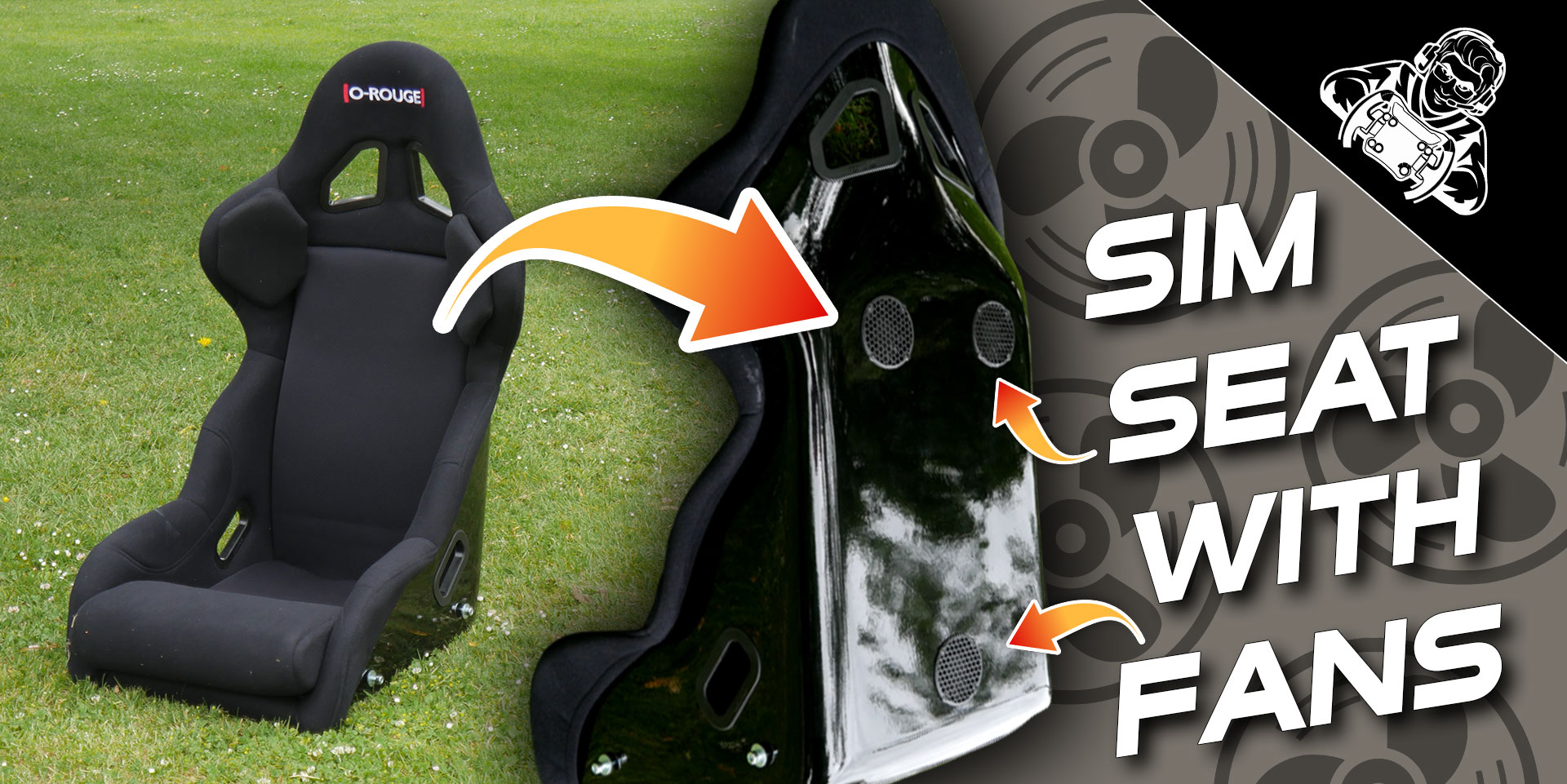 Innovation is one of the most exciting things about sim racing hardware at the moment. Sometimes we come across wacky and wild ideas and every once in a while one of those ideas knocks it out of the park. My gut feeling when I saw this product was that it was probably just a bit of a gimmick. This is one of those occasions where I love being wrong. I’m Laurence, welcome to the channel

On the left you’ll see all the sections in this video. I’ve put timestamped links to each section in the description below. While you’re down there please hit the thumbs up button to help YouTube to suggest this video to others like you. 70% of the people who watch my videos are not subscribed. Please consider subscribing and hit the notification bell if you want to be notified about upcoming reviews.
I hope that many of you watching this are skeptical right now. I was. I had been speaking to O-Rouge for a few months and they certainly talked the talk but I couldn’t but think that the product we were talking about was just a bucket seats with holes in it. I think in ways I was blinded by the simplicity of it and I asked them many questions. The answers to those questions were extremely detailed and convincing. The type of stuff that made me realise that this think isn’t just some DIY project.
O-Rouge is a Belgian company who traditionally sells aluminium profile rigs, steering wheels and now, these in-house designed ventilated bucket seats.

Needless to say, my wife was delighted when this box arrived. It was too big to unbox in the house so I put on some shorts, bleached my legs and went outside. It was adequately packaged and it survived its journey from Belgium to Ireland without any damage or wear on it.
The first thing that struck me was just how clean and compact it was. In fact, only when I came across the little box with the power adapter did I remember that this seat had a party piece. That in itself was a great first impression, as this seat was actually really nice looking. It really looked comfy and I expected something less refined, to be honest. The seat is also made in Europe which is important to some buyers.
The wires were all neatly tucked and the control knob at the side of the seat looks like it belongs there. There are some electrical guts at the bottom of the seat but they’re nicely secured and didn’t cause me any issues while installing or moving it around.
The vent inserts are a little loose. They’re flat plastics in curved holes so the fitment isn’t perfect. This is a minor thing. The plastics around the vents which contain the fans are actually supposed to be able to move some bit so accommodate a person sitting in the seat.
There was some dusty residue in some of the gaps which wiped away quite easily. I don’t know the cause of this but o-rouge said it must be from transport as the products gets wiped down completely before it is shipped.
The side bolsters on the seat are similar to other bucket seats and will wear over time from you getting in and out of your rig if you don’t take care.

The price, at first glance, is a bit high. It’s a €700 seat. But when you consider that a standard sparco or NRG seat will cost you €500, it begins to make a little more sense. OK, this O-Rouge seat is not homoligated for road or track use. As in, it doesn’t have any safety certification, but that really shouldn’t be a concern for any sim racers. If you don’t already have side mount rails, bear in mind that those are extra. You wont be able to use very high side mount rails with this seat either and you need to make sure that your rails wont hit the edge of the bolsters or interfere with the electronics. There’s also a version of the seat with the rally style halo and that comes in at €799.
The price seemed high to me at first because I didn’t know if it actually made a difference. Without spoiling the rest of the review, it does. It definitely makes a difference.

Installing this seat is much like installing any side mount seat. Despite having some smarts in it, this seat is still quite light. The glossy coating on the outside does scratch very easily so if possible, I recommend attaching the brackets to the seat first and only then to your rig.
I have mine on the o-rouge seat rails, mounted to a universal seat slider and that’s mounted onto a seat mover platform. If using just two profile crossmembers, installation will be a breeze.
There are little shoulder pillows which velcro onto the main seat. Those are great if your shoulders aren’t very broad. I found them a little uncomfortable though so I removed them almost instantly.

Like many of you watching this video, I was skeptical at first. After all, it’s just a seat with fans in it, right? That’s what I thought but when I got chatting with the owner, it appears that far far more has gone into this than meets the eye. For example, the fabric on the seat cushions is not the same as the rest of the seat. It’s a lightweight and cool to touch material. The cushions also cannot be removed for cleaning like they would in a normal bucket seat. That’s because they’ve built cooling channels into the foam to allow the warm air to be sucked away from all those sweaty areas.
I feel a big difference between using this seat and using a normal bucket seat. In fact, I’m not sure if i’d go back to using a normal bucket seat. However, there are some things to note. Firstly, this seat will help with cooling but it doesn’t have the same effect that air conditioning has on a room. I’d still recommend also using a face fan if you tend to get warm during stints.
Secondly, the channels and fans all require airflow in order to work. However, when you sit into the seat, you squash those air channels and block the fans somewhat. This inhibits the functionality of the seat to a degree. I think that the only way around that is if the air channels were inside a second shell in the seat back, but that would be a far more complex and costly product.
Don’t get me wrong, this products works really well but I do tend to move my back off the backrest slightly every now and then to encourage airflow. I think that this is less of an issue, the smaller you are. I’m 6 foot tall and weigh 96kg so the seat has quite a lot of work to do to pump air around the place.
I recommend having the seat blower activated several minutes before you even sit into your rig to do a stint. However, it still makes a big difference if you turn it on mid stint. The control knob is located perfectly and the product couldn’t be simpler to use.

This seat is far far better than I ever expected. It really works. As in, it keeps me cooler during my race stints. I’m delighted I had this seat during the 2 big heatwaves in Ireland this summer. While many in my community were skipping races due to the heat, I was able to power through with relatively little impact. That’s huge, especially if you live in warmer countries.
I love products like this. It’s a real underdog product inspired by the DIY world. It’s incredibly difficult to make a product like that work in the real world, but O-Rouge have done an excellent job by offering a great solution to a common problem that most of us have. Anything that can help us to keep cool is a big bonus.
I wear a heart rate monitor when I race and while previously it often spiked to over 170bpm while racing, it now rarely reaches over 140. I haven’t gotten fitter since I have gotten this seat and can only attribute it to being slightly cooler. This may be a coincidence as I have no science other than a consistently lower heart rate with this seat.
At €700 without seat rails, this is a lot more than most people would consider spending on a seat. I fully accept that and this product isn’t aimed at everyone. I knew all of this and gave it the benefit of the doubt before reviewing it and I can honestly say that I think it’s worth it. As more competitors get wise to this concept, we will see competition in the marketplace and that will inevitably drive prices down.
This product didn’t make me quicker and it doesn’t look quite as cool as my old seat. But it’s far more comfortable and practical to use. I have no major concerns about this product and look forward to seeing future iterations. I hope you’ve enjoyed this review. I’m Laurence and I’ll chat to ye later. 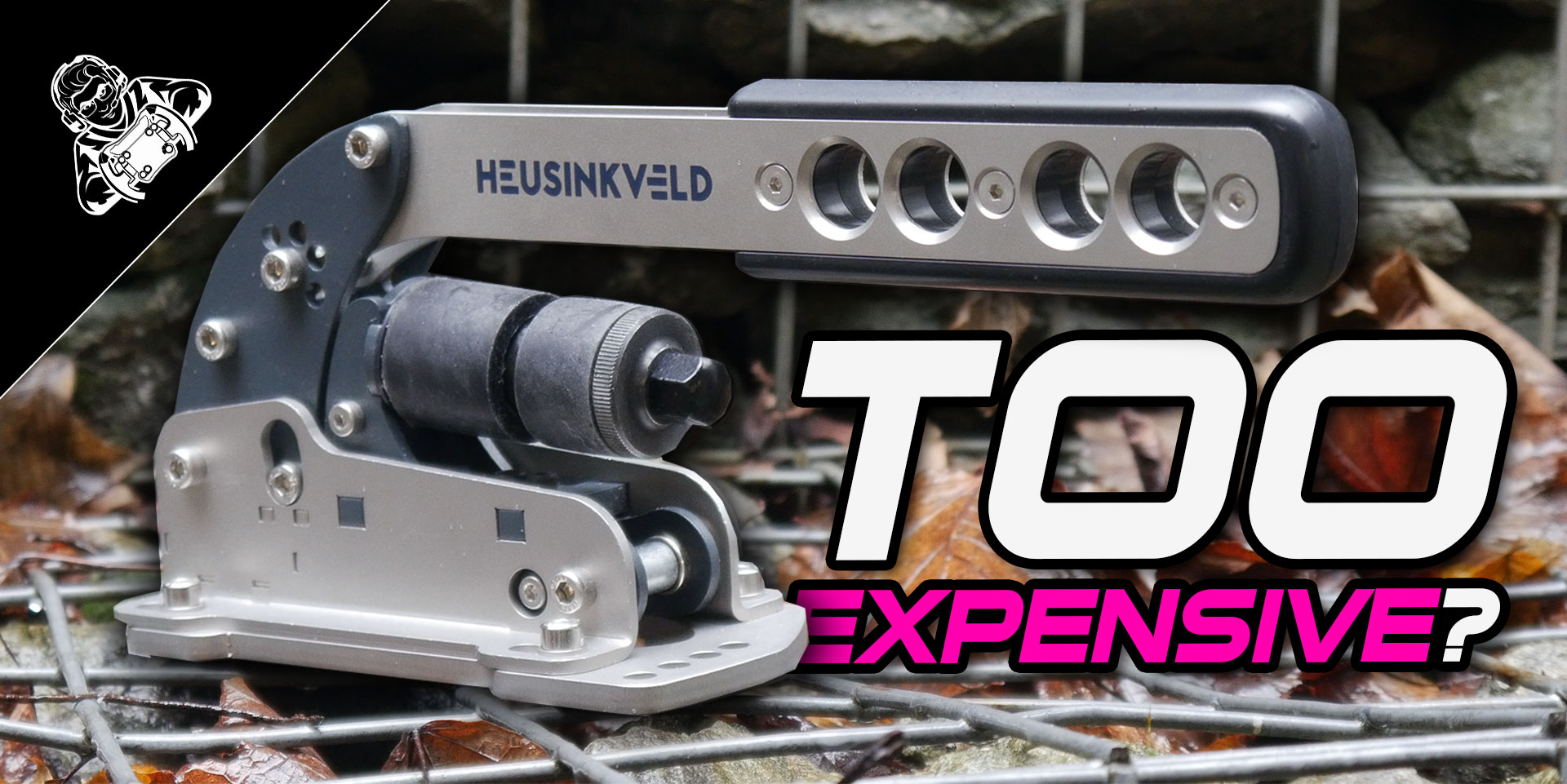 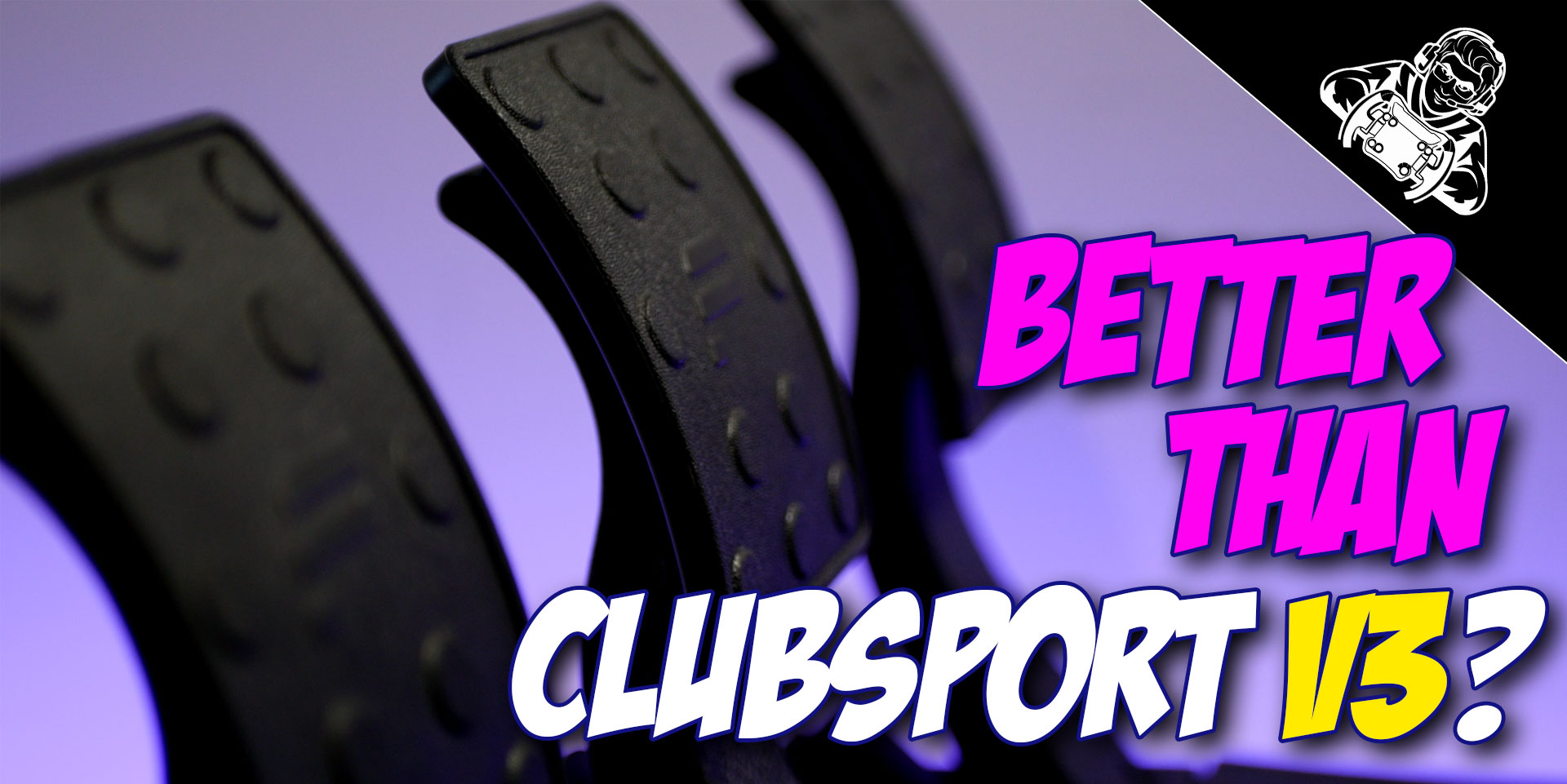 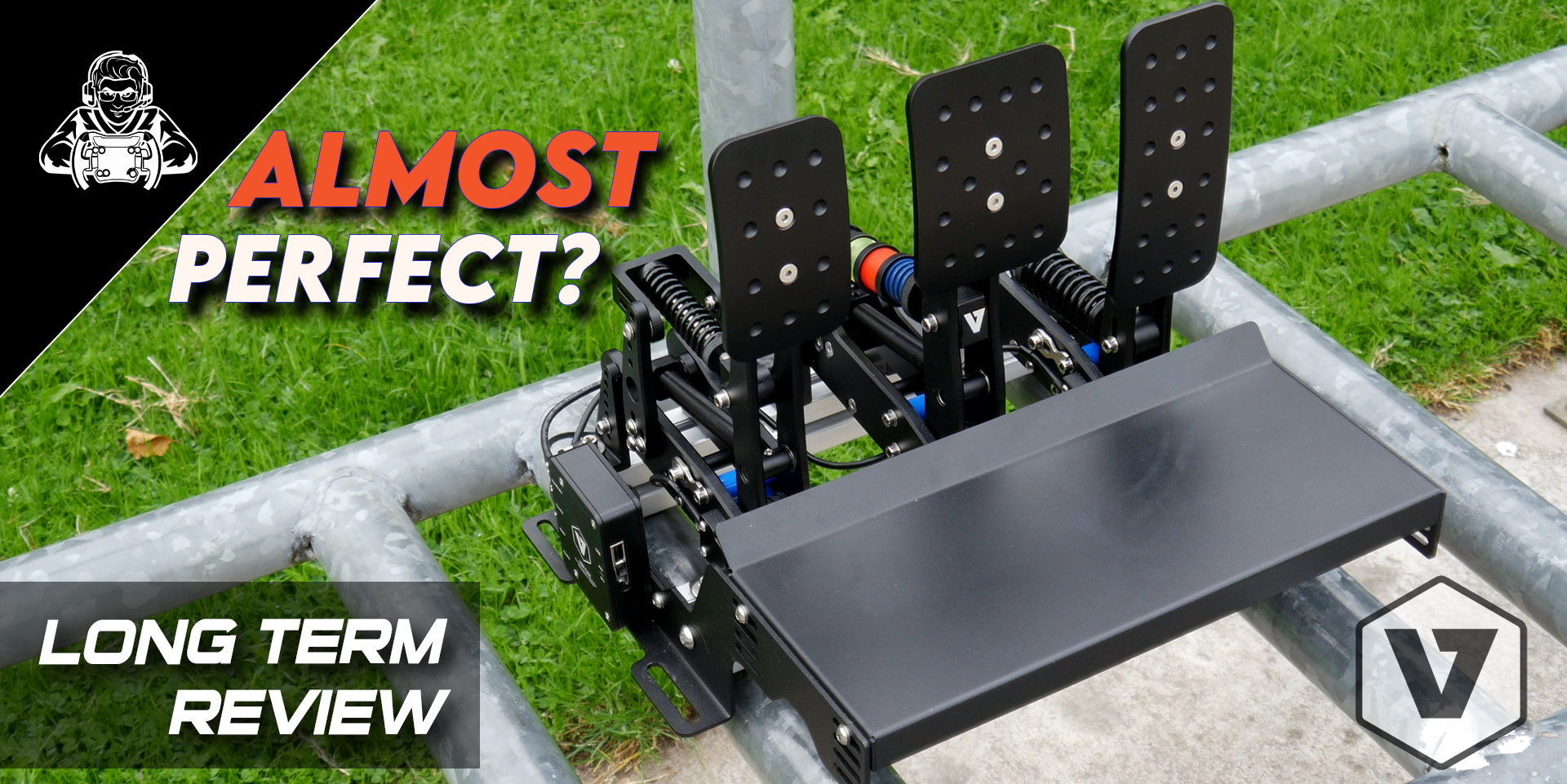